Get Back movie, guitar straps The Beatles Get Back is director Peter Jackson's edited documentary film from over 60 hours of footage and 150 hours of audio, most of which has never been seen or heard before, only fragments. The footage and audio were recorded between January 1969 at Twickenham Film Studios and the Apple Corps recording studio in London. The documentary film also includes the legendary 42-minute final performance and montage of the Beatles' performance on the rooftop of the Apple Corps building on January 30, 1969.

We got the film, and after the waiting time we started to watch it and wow! Our heads exploded with the movie.
Some of us are obsessed with the raccord, but this time instead of paying attention to the cigarette, the incidence of light or any other detail ... Our raccord was marked by the straps of the Beatles' instruments! hahahaha ...

This can't be, after looking so much at the straps worn by the Beatles throughout the film (yes, this is ... professional deformation) we realized perfectly the editing and the marvel of editing by Peter Jackson, but the best? The creative process and the dialogues between Ringo, Paul, John and George and all the staff and all the staff that is a demonstration of the genius of these guys.

Watching the movie with the deformed eyes of a "guitar strap maker", from minute 11, you want to make those straps, you keep it in your head and say, man! You have to make a replica of these straps, or at least of the most characteristic straps of the movie, because for example with George Harrison, you can see him wearing a simple and easy leather strap with his Rosewood Telecaster guitar (very interesting story about this guitar) of which we already have very similar guitar straps and Paul McCarney with his famous and lost/stolen Höfner 500/1 bass used a strap very similar to our "Slim" strap, which was the most common at the time, in fact virtually all members of the Beatles at one time or another in their musical careers wore straps like the "Slim" a guitar strap worm by many, many musicians in the 50s and 60s.

There is a strap that we at RightOn! have been making since our beginnings, which is the "Crossroads" guitar strap, which is a classic and also appears in the documentary at around 2:26 minutes of the second part of the documentary.

We focus on 2 straps that seemed to us more iconic and different, the one of John Lennon, that in spite of seeing many versions of this one, we have improved it and adapted it for greater comfort, in case you are lucky enough to have an Epiphone Casino like the one of John, and that later in the performance on the roof of the Apple studios he would use. We have named this strap "LEGEND CASINO". The other guitar strap is the strap that John, Paul and George use in the movie, it's a strap made with a black embroidered ribbon with a white ribbon and red and yellow squares in zigzag along the strap and the most characteristic of the guitar strap are the white tips and the silver buckle adjustment as a belt. 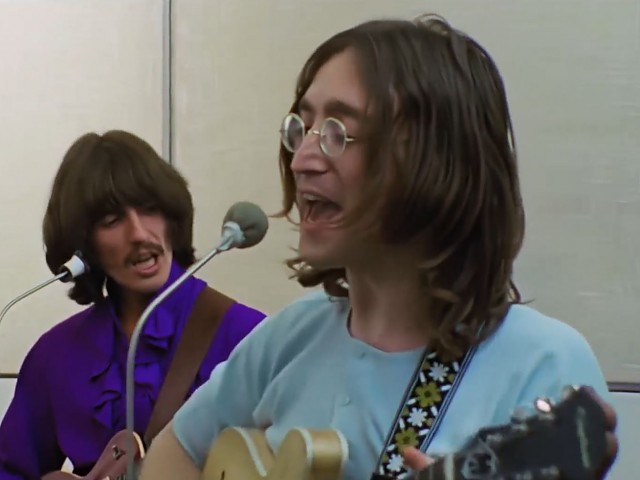 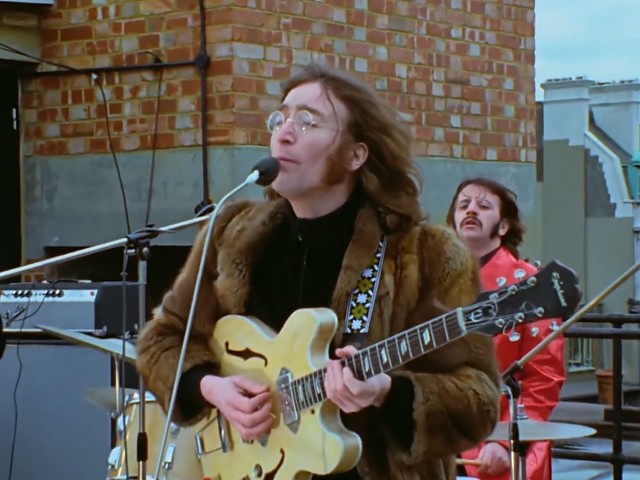 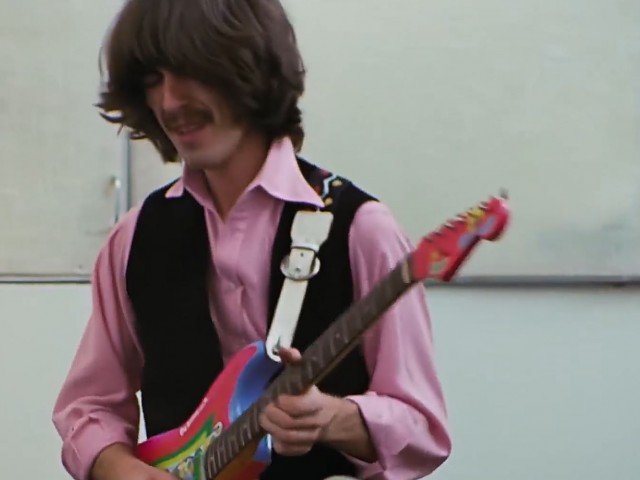 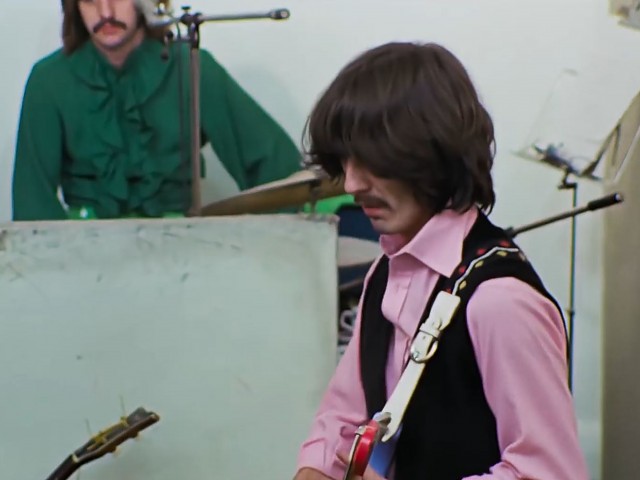 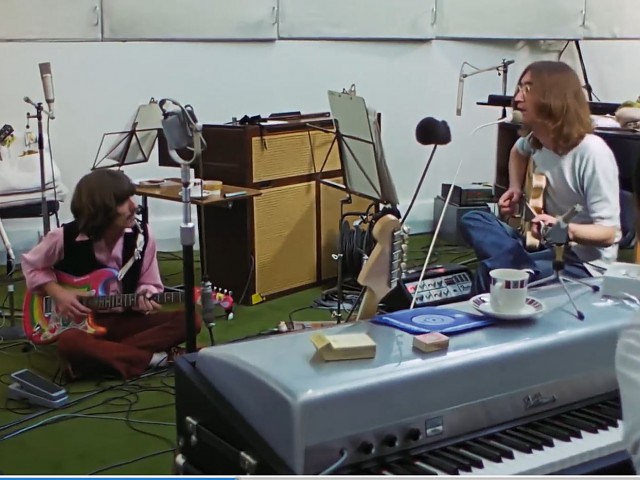 Our "LEGEND Get Back" strap is the VEGAN version and is a faithful recreation of the strap used during the recording sessions of Let It Be that appear in the movie, both George Harrison and Paul McCartney, this strap is a vegan version that simulates smooth white leather at the ends of the straps, a silver buckle and a multicolored fabric design but with the added bonus of being padded for a great comfort. This guitar strap appears repeatedly in the movie Get Back and even in some frame you can see Mal Evans (Road Manager and assistant), making some adjustment for the exchange of the strap between the two Beatles Paul and George (Min 2:23 on the second part of the documentary)

Guitar Strap LEGEND GET BACK It is curious, during all the rehearsals of the documentary the strap appears with both McCartney's Hofner 550/1 basses and George Harrison's colorful Stratocaster Rocky guitar, but it does not appear in the later performance on the rooftop, a strap that "won´t let you down."
Here we leave you these 2 interpretations that we have made of the guitar straps of "The Beatles Get Back" we hope you like them.

LEGEND CASINO
LEGEND GET BACK